We are a firm of endearment. For every Never Bean Better product sold one is given. These Toys that each Giving™ share the unconditional love that Bean, everybody’s dog, shares with everyone he engages with in real Bean time or social media time.

It’s a giving concept … those who can, help those who can’t. Never Bean Better “Share the Bean Wuv Drops” will be scheduled on a regular basis across the country to organizations that support the well being of others, such as hospitals, long-term care facilities, memory care units, animal shelters and rescues and organizations that help those during disasters. Special Never Bean Better merchandise will have a percentage of sales donated to program that support causes aligning with the Never Bean Better core values. Help share the unconditional Bean wuv with those in need of a buddy.

How We Got Started …

As a celebrity canine, who is best known for his canine chatter and woo woo, Bean made appearances on Animal Planet’s show The Haunted; was quoted in The Wall Street Journal and woo’d crowds at various canine-focused fundraisers as a spokes dog. Bean was born to share love. Bean was named Neversink’s Never Bean Better at birth, he grew up in a loving Golden Retriever home with his Momma Ruby and his Uncle Trooper, and grew up to be a registered therapy dog, sharing the wuv at hospitals, schools, reading programs, behavioral health therapy group sessions, domestic violence and homeless shelters, and long-term care and Alzheimer units. He has amazing litter mates and a lot of wooftastic Golden Retriever relatives who made their claim to fame in agility, confirmation, field, obedience, search and rescue and therapy dog services.

He currently lives with his humans, his cousin, Carly (a.k.a. Q), who came from Canada to live with Bean after he lost his Momma Ruby and was in need of a buddy of his own; and his wise elder (Momma Ruby’s brother) known as Uncle Trooper. As the cast of characters of Never Bean Better, on the infamous Facebook page and various social media outlets, they share the unconditional Bean wuv with fans around the globe.

Bean’s cartoon character that has appeared throughout the Facebook page, and in the form of coloring pages shared with sick children and patients of memory care units, was the muse for the Never Bean Better toy dog. The “Bean Dog”  also woo’s those who make a purchase, with his very own woos, bark and pants, in a recorded chip in his paw. Bean did the actual recording in a studio. No worries, the Never Bean Better Buddy™ given to those in need do not have a woo chip. We wouldn’t want the caregivers to bark at us. The dog toy of the Never Bean Better Buddy™ doesn’t bark either. He only squeaks, we want our rescue friends who might be afraid to only feel feel the Bean wuv.

Bean, who is everybody’s dog, wants to take worries away for a moment. Live in the moment with Bean. Take an adventure with Bean. Help us share the Bean wuv and join the Never Bean Better movement to provide Toys that Teach Giving™ to those who are in need of a special friend. 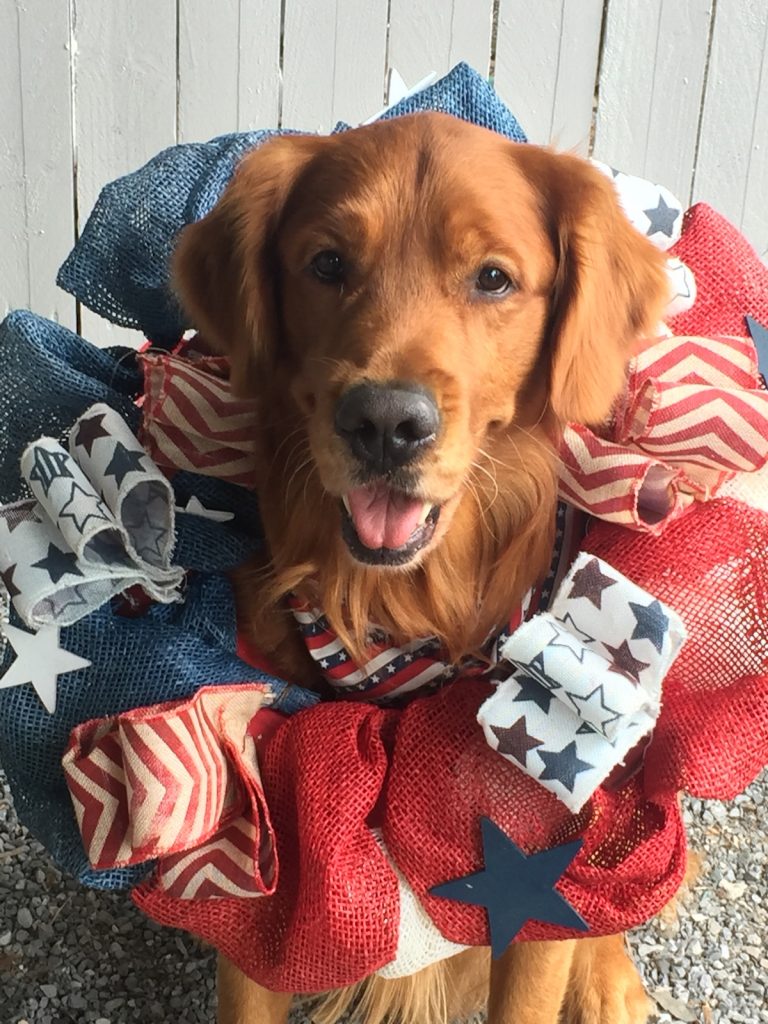 As a Certified Therapy Dog, he has visited hospitals, rehab centers, long term care facilities and schools across the U.S. since 2011. As a pioneer among virtual therapy dogs, he has engaged with tens of thousands of Facebook followers on six continents.

He has been quoted by The Wall Street Journal and other national media. He has appeared on the Animal Planet network, and has raised funds for at-risk dogs and canine cancer research.

Neversink’s Never Bean Better—or simply “Bean”, as this golden retriever is better known—is truly a golden boy among therapy dogs. But fame has not gone to his very pet-able head. For people who are ill, depressed, at risk, disadvantaged or just having a bad day, Bean still delivers his same, welcome message: forget your worries for a while, smile, and live in the moment.

Bean is about sharing the love, and Bean the Dog plush toys help spread that joy. For every one purchased, another is given by Bean and his buddies to a child who is ill or disadvantaged.