The Wisdom Coalition’s podcast featuring #neverbeanbetter is now available on our website. Tune in by clicking the play button to listen to my story and help share the #beanwuv by sharing my post so others can tune in too! Thank woo! Woo woo! If you don’t have the Sound Cloud App, you can download it to make listening easier and to continue to listen to all of the great stories shared by The Wisdom Coalition.

“Never Bean Better Day is about sharing joy of life with delight, said Michelle Drager, Never Bean Better Day spokesperson and Bean’s handler.  “This fun day recognizes the unconditional love dogs bring to human lives, and encourages all of us to live in the moment,” she explained.  This year, also honors the 10th birthday of Bean, a canine cancer survivor, who eagerly spreads his “wuv” by improving the lives of those who need it most,” she said.

Like Bean says, “share the “Bean Wuv”  and do it generously, like dogs do, giving all their love with abandon in antics only canines know how to do. “Sometimes, they even have their own language, said Drager, as Bean does when crooning his over 75,000 social media followers with his infamous woo woo.” Join in the fun and share the #beanwuv by using the hashtags #NeverBeanBetterDay or #neverbeanbetter and tag @neverbeanbetterwoowoo and @neverbeanbetter to wish Bean a happy 10th birthday, or to share your dog days of summer pup pictures with Bean and all of his fans on social media. Get out and fetch up some fun!

So what’s next for Bean?  This busy CE-Woo of Never Bean Better, Inc. and his Beansters are working like dogs on a number of entrepup-neurial opportunities in the info-tainment and edu-tainment industries. Plus, Bean has woo’d an opportunity to be an author of a series of books featuring Bean, as well as his canine pack and loved cartoon images. Bean has a giving paw, so he continues to grow his “Toys that Teach Giving ™ movement in helping to bring a buddy to all.

Newsflash – we are spilling the beans!  You are hearing it first! A new pup is joining the Never Bean Better pack.  According to Bean, “It’s a dog’s life, so live in the moment and stay tuned…woo woo.”

Born in Morgantown, Pennsylvania on August 22, 2009, with the canine registered name, Neversink’s Never Bean Better, and then residing in Columbia Falls, Montana for a few years and traveling North America before returning to his roots in Pennsylvania, this lovable Golden Retriever owned by Jim and Michelle Drager grew up to be an ambassador of love.  He became a registered therapy dog at the young age of two through the observation of Berks County Therapy Dog Group and certification through Alliance of Therapy Dogs, Inc., headquartered in Cheyenne, Wyoming.  He started making rounds as a young therapy dog for Penn State Health St. Joseph in Reading, Pennsylvania, and then spent three years serving as a comfort dog at North Valley Hospital in Whitefish, Montana. He has traveled North America sharing his Bean wuv, as a canine celebrity spokes dog.  Bean even ran for President, as a member of the Canine Party, while making a cross-country tour during the election in 2012.  He has brought joy to so many sick and disadvantaged children, lonely elderly, and woo’d to raise funds for his less fortunate canine brethren.  He has been quoted in the Wall Street Journal and played a dog that sensed the paranormal on Animal Planet’s television show, The Haunted. Most recently, he appeared on BCTV’s show Dog Is Family, along with the illustrator of his cartoon character, Mark Grounard from Shillington, Pennsylvania.  He is known around the globe for his woo woo.  When you ask, Bean answers.

Help me wish my illustrator Mark Grounard a Happy Birthday! Share the #beanwuv with Mark Grounard today! He does a #neverbeanbetter job illustrating me!

His illustration is the design that influenced our Toys that Teach Giving movement. Click below to learn more.

On June 2, everybody’s therapy dog, Bean had to have a splenectomy.  His amazing vet team identified a small mass on his spleen.  The entire Bean Team dropped everything to make Bean’s health a priority.

The surgery was successful and Bean is recovering and ready to woo his fans again.  His humans are keeping a close watch on him so he doesn’t overdo it.Catch the news on Bean’s surgery and recovery by clicking on the video below.  Stay tuned as Bean continues to woo about his journey back to being Bean!

The Bean Team and I traveled up to BCTV to talk about keeping my friends healthy and the new Kickstarter Campaign! If you missed the segment, you can check it out up top!

You can do Bean a favor and click on the link below to check out what he’s doing to make it come true!

If you want to check out BCTV, here is their website:

Now that the pack is back from holiday we are ready to get back to work! We have been barking around the clock for months working on a #neverbeanbetter video. We are getting doggone excited! Woo woo! The human team of Beansters are working on something that’s going to kickstart a movement and help us share even more Bean wuv! The wooftastic part is that we get to include all of you! Woo woo🐾. Hands and paws will high five around the globe! Stay tuned …woo woo🐾

Here comes Q… woo woo! I’ll fetch up some fun for her… I wuv my Q…woo woo

I’m waiting for Q to come home from the Girl’s School! Woo woo

🐾. We have been counting the days! I’ll keep an eye on the barn cats too…woo 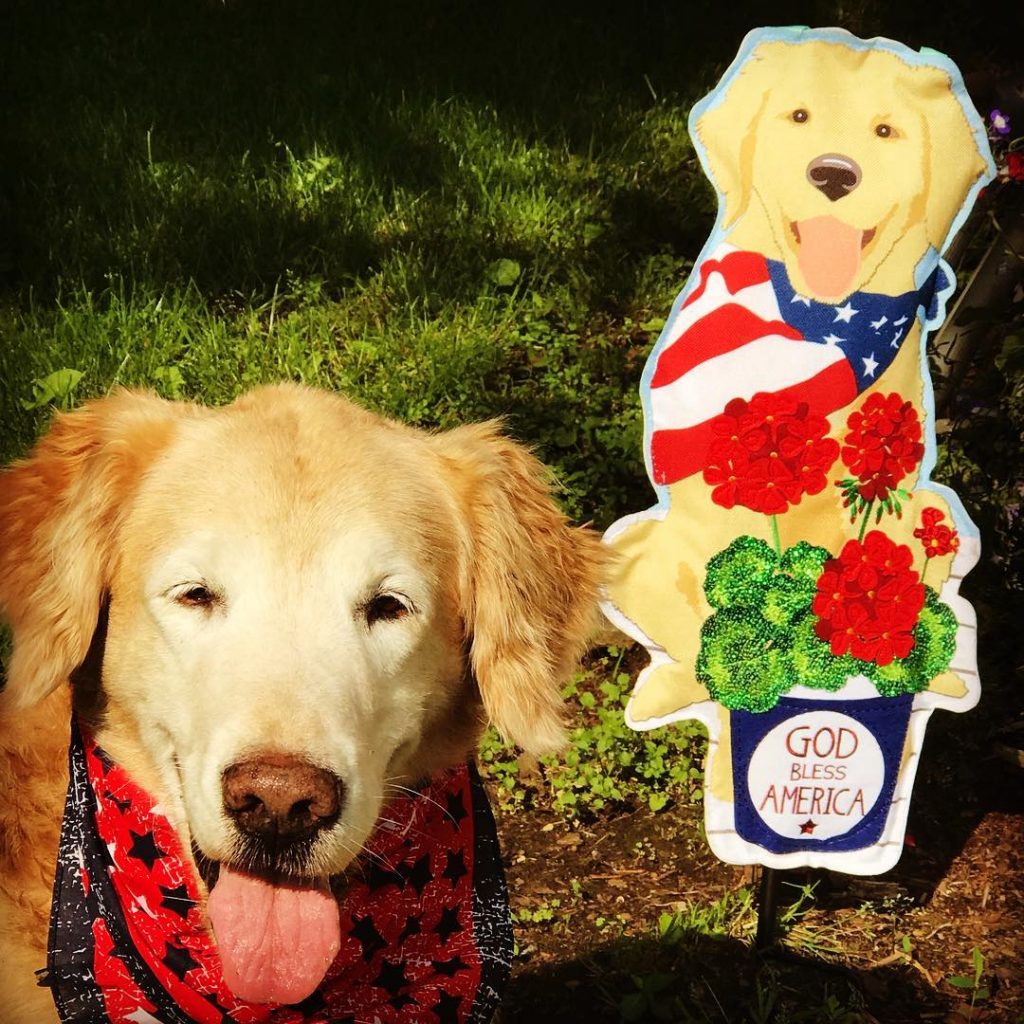 High Ho … High Ho … it’s off to camp we go! We are still woofing it up for#uncletrooper week! In fact … today is officially Uncle Trooper’s 13th Birthday! Woo woo 🎂 We will be celebrating all weekend and will have the official steak and cake on Monday when Q returns from Girl’s School … woo woo 🐾. Share the Bean wuv with Uncle Poo and get out and do what you wuv to do! Live in the moment! Have a #neverbeanbetterday …woo woo 🐾